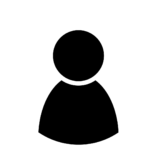 Mrs. Dubois lives in the western region of Switzerland. She is 78 years old at the time of the interview. Her husband, 77, who lives in a nursing home, was diagnosed with Alzheimer’s disease and vascular dementia four years ago. Her husband’s aggressiveness and incontinence made home care impossible. Before deciding to transfer to a nursing home, Mrs. Dubois increased the amount of time her husband spent at a day program, which he had attended once a week, to ease the burden. In between, he spent several weeks in a home, where he behaved just as aggressively. Mrs. Dubois receives support from her sisters and from the nursing staff in the home. With the dementia, her marital happiness collapsed. Mrs. Dubois had worked as a doctor, running a joint practice with her husband. The imminent sale of their house feels like a great loss.

Mrs. Dubois says that her husband’s son has not had any contact with him. She conjectures that this might be because the son is afraid of having dementia himself one day.

Mrs. Dubois recounts an episode when she left her husband, who was behaving aggressively, to his own devices one day due to exhaustion. The situation could have put him in mortal danger, and reflecting on it causes Mrs. Dubois strong feelings of guilt.

Mrs. Dubois believes that it is important to have multiple opportunities to receive information and ask questions; when one is directly affected or involved, it can be hard to absorb information.

Mrs. Dubois has a very good connection with the nursing specialist. This influenced her decision not to move her husband to another home closer to her house.

Mrs. Dubois has an idea to get the relatives who visit the nursing home involved in engaging the dementia patient there.